The NTFs Expo, which will start on June 3rd, 2021, is one of the most talked-about events in the world of blockchain and innovative digital communication. 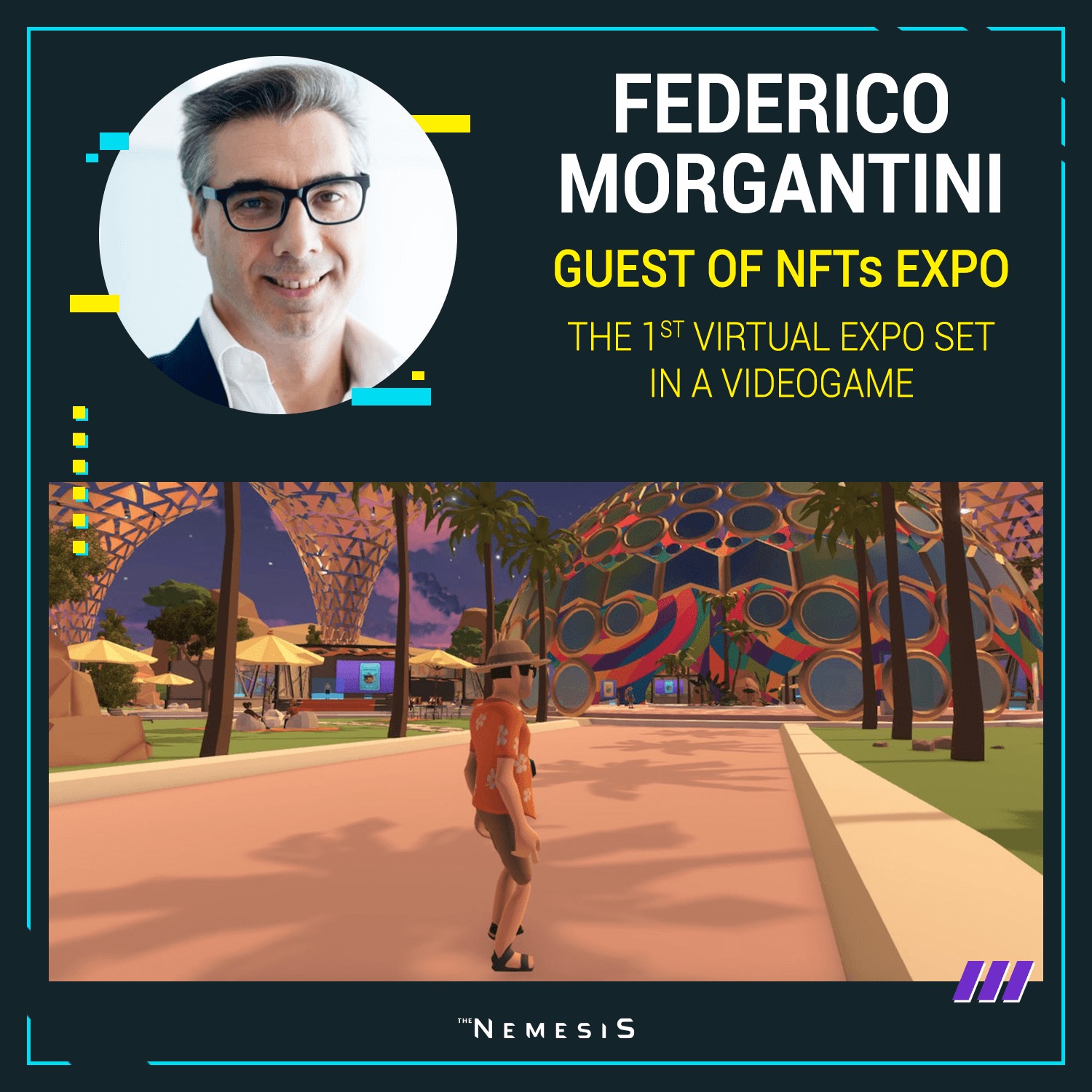 The event, hosted by The Nemesis, will be an opportunity for many international speakers to join and discuss insightful topics.
Such is the case of Federico Morgantini, who will hold a talk focused on digital assets and virtual worlds, and the future of these two exciting branches.

Mr. Morgantini is an award-winning journalist. Many major outlets, featured his work, including Forbes and Sky TV, Italy’s first and most popular pay-per-view network with his show Blockchain&Co.

Don’t miss out on “The future of digital assets and virtual worlds” talk on June 3rd, 2021, one of the highlights of The Nemesis’ NFTs Expo.

Juergen Hoebarth is a speaker and strategist who thinks ahead in terms of what will come next and how it affects our society and businesses. He is founder of Tokenization Limited, a premier business development and strategy consultancy for tokenization.

Roxana Nasoi is supposedly one of the respected female voices in tech. She spent the last 4 years travelling to around 50 countries to get a real feel of tech, startups, communities.

Alessandro Capezza is an expert in eSports and blockchain, as well as a growth marketing leader who has been building, training, and managing remote teams since 2013. He works for The SandBox and is well known among international NFTs communities.

In addition to being a journalist Morgantini has a background in the marketing and IT industry. He formed his first web agency, Sintetica, in the late 90s, in the minds of the very first Internet boom, ushering in a new era in digital communications. His journey as an entrepreneur continued as he became a partner and marketing manager of MotoHK, following his passion for motorcycles with this exciting new magazine. Later, Morgantini moved to Shanghai, China, where he opened his marketing and consulting firm, StudioMorgantini. While running his business, he continued to be involved in the world of media, catering to various Italian magazines and press outlets as a correspondent based in Asia.

Morgantini explored his international background with a book, “Un Italiano in Shanghai,” detailing his experience as an Italian expat residing in China, with a focus on his life in Shanghai.

Avatar mania with The Nemesis and Ready Player Me

Have you already played RC-NITRO game?

The Nemesis partners with LandVault